Little Bits is a series of small educational electronic modules distributed by Korg. They allow users to build small machines themselves. Each element allows a transformation of the electrical signal into action. They are pre-designed to be light, sound, action, motors and sensors, and are magnetized together. They can be the animation of a robotic arm, the activation of a LED strip or the transformation of the electrical signal into a sound signal. In our workshops, the public is led to discover the electronic systems that make up analogue instruments such as synthesizers or effect pedals in a playful way. 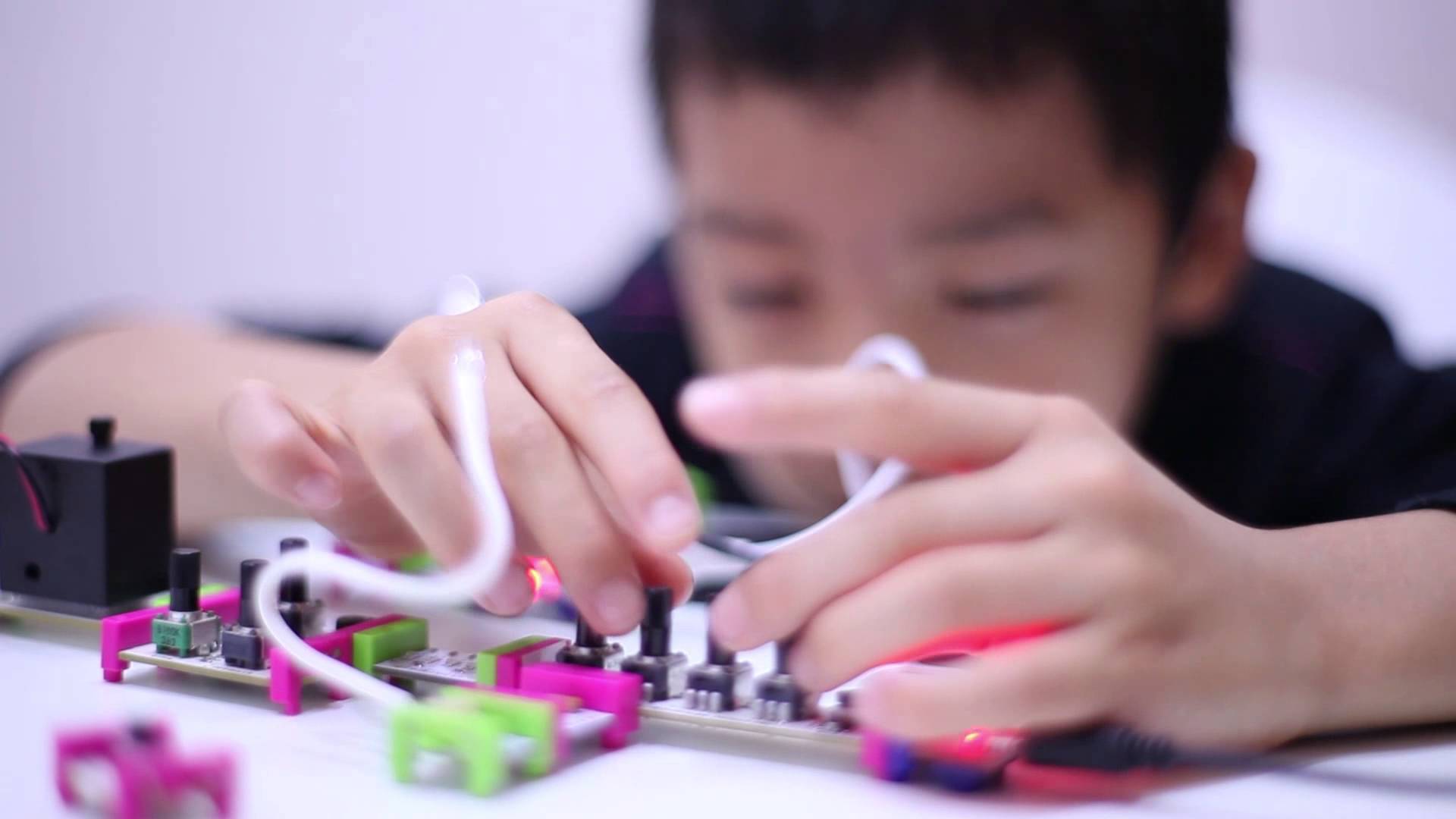 In 2017, as part of the Fête de la Musique, the Organ’Phantom association, in partnership with the Mériadeck Library in Bordeaux, created a “Little Bits” workshop with 3 speakers from Lyon to introduce children to the world of electronics via small electronic modules that can be assembled like Lego.

Subsequently, the association has proposed during the school year 2017/2018 workshops in electronic awakening at the animation center of St Pierre in Bordeaux.

The children were initiated through a creative and playful process to the composition of their first electronic circuits.

A “Little Bits” workshop was also proposed as a closing event of the 2018 edition of the Echo à Venir festival during an educational day in the Munich square in Bordeaux.